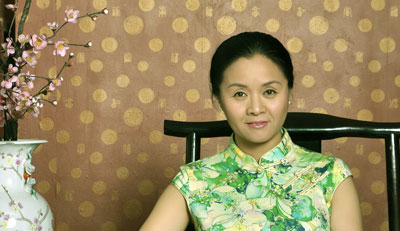 Li Feng is the eldest daughter of Rong, a Chinese matriarch. Her first name, Li (立), meaning “standing up/independence” in Chinese, was given by Rong to reflect the ideal that Rong had fought hard for in her life.

Situated on a basin with fertile black soil, Chengdu is a renowned ancient metropolis of more than 2000 years’ history. In Tang Dynasty (618 – 906 AD), Chengdu was the 2nd most famous commercial city in China. In Northern Song Dynasty (960-1127AD), it was known to be the birthplace of the world’s first paper money, Jiao Zi. Later, when Marco Polo came to Chengdu in Yuan Dynasty (1271 – 1368 AD), he wrote with amazement of its prosperity and splendour.

The city was also famous home and abroad as the City of Hibiscus, the Land of Abundance and the City of Brocade, which bynames showcased its stunning visual landscape, affluence and commercial sophistication in history.

Apart from all above, Sichuan province (with Chengdu as its capital) also has a much stronger matriarchal culture comparing with other parts of China.

Although food was always in short supply in her childhood during Mao’s red China in the 1970s, love was abundant from her protective mother, her loving dry nurse Nai Nai and later her gentle step-dad after her mother bravely divorced Li’s biological father, a patriarchal oppressor.

One of her favourite childhood hobbies used to be sitting in a bamboo chair next to the window of her small attic home gazing at floating white clouds moving across the sapphire blue sky.

Li completed her postgraduate study in Sichuan International Studies University in Chongqing in 1994 and was allocated to work at Sichuan Television Station (SCTV) back in her hometown, Chengdu, as an official Interpreter and program coordinator in the Import and Export Section of the International Affairs Department.

After three years in SCTV, Li came to Australia in 1997 as an overseas postgraduate student and completed another Master’s Degree in International Communications at Macquarie University in 1999. She established her own boutique cross-cultural consultancy business, LD Cross-Cultural and Educational Consultancy, in 2000 working with government organisations and large corporations for cross-cultural events/projects between Australia and China.

She is now working as the personal assistant to the financial director of an Australian company in Sydney which has two sizable joint-venture operations in Shanghai and Guangzhou.

In 2014, she completed her family memoir, Forged From Silver Dollar, now published by Hachette Australia in2015.